The Fair Labor Standards Act sets out a set of standards for employers, and those standards may change depending on whether you are deemed a joint employer. A joint employer relationship can arise in many situations, such as if you are a contractor with sub-contractors or if you utilize a temp or staffing agency. The Department of Labor narrowed this definition of joint employment under the Trump administration, but the Biden administration has since broadened the definition again. This broader definition may re-classify your employee-employer relationship, and thus create additional obligations between you and your employees.

The Fair Labor Standards Act (FLSA) lays out requirements for employers that protect the interest of employees. For example, it will lay out requirements such as a minimum wage, overtime pay, record keeping, and youth employment standards.  It also includes applicable labor law definitions: such as the legal definition of an employer and employee.

Prior to the Trump Administration, joint employment definitions were broad and a bit vague. It did not require the employer to actually exercise control over the employee, but merely that a right to control existed. This means that the employer could find themselves in an employer-employee relationship without exercising any form of control or oversight upon the employee, the mere ability to be able to exercise this oversight was sufficient. This is a very broad definition that led to many relationships being deemed joint employment relationships without employers expecting or realizing they were joint employers.

Under the Trump Administration, the Department of Labor (DOL) adopted rules and regulations regarding joint employers, as well as created a legal distinction between a “vertical employer” as well as a “horizontal employer”. The vertical joint employment is created when an employee is hired by one employer, but truly reports to another. For example, if an employee is hired by a staffing agency, but they go to work at a tech agency because of the staffing agency. They receive their paychecks from the tech agency and receive their schedule from the tech agency. They are in a vertical employer-employee relationship. Yes, they are hired by the staffing agency, but their day to day is governed by the tech agency, who is receiving the benefit of their labor.

If you are deemed to be horizontal joint employers, the two (or more) employers must aggregate their collective conditions to ensure compliance with the FLSA. For example, if the employee works 25 hours with one employer and 25 hours with another they will need to collectively add up the employees number of hours worked to 50 hours to ensure compliance with FLSA overtime pay and whether they are required to pay overtime, and if so, how much overtime is paid and when it is paid. Additionally, the employers are held jointly liable for any FLSA violations. Horizontal joint employers are often found in construction when deal with subcontractors and assigning tasks on the same job between different subcontractors. 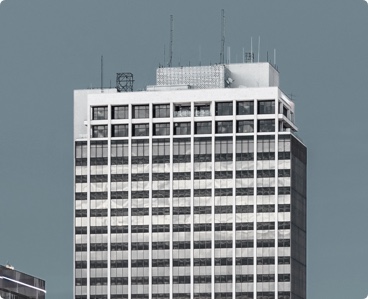